Lisan is super fast because it doesn't interpolate strings by finding and replacing placeholders in the translation templates. Instead, it relies on template literals which are pure string concatenation functions.

In average usage, Lisan is least 25x times faster than using regex replaces. However, Lisan is at least 50x times faster when compared to the other i18n libraries and taking their complexities into account. 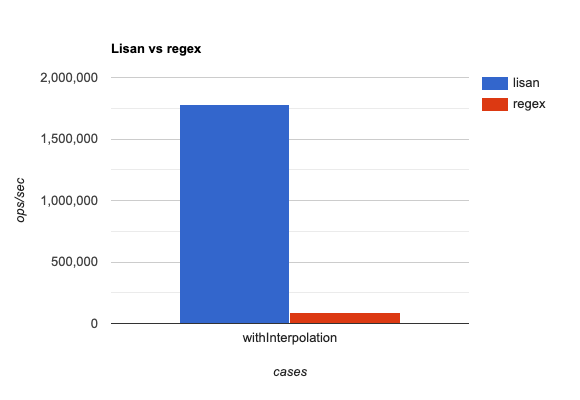 As you can predict, Lisan gets exponentially faster if number of placeholders and localization functions increase.

When there is no interpolation

Lisan is faster even on entries not containing placeholders. Because it does not perform placeholder search. 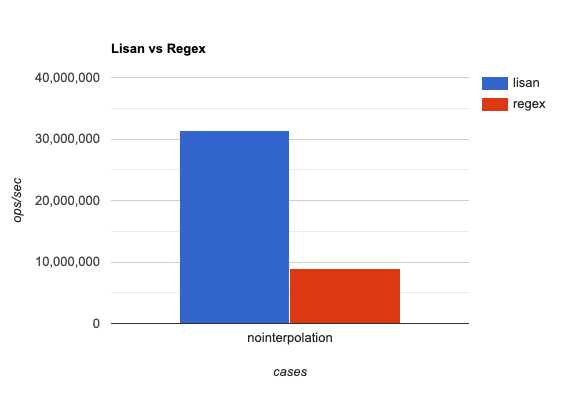 See it yourself on https://jsperf.com/lisan-vs-regex/1.